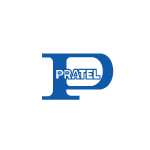 Pratel is an Italian family company. It started its activity in the early sixties of the twentieth century in a small office. Out there they started to produce the writing stationery: mostly fountain pens and pens. Their production has been developing, therefore, after a few years, the company’s founder stepped on another ground – he began to produce the first drawing articles. The following years brought the technical- and sales development so Pratel noted production increase. Pratel products are available throughout Europe (from Ireland to Italy and from Portugal to Russia), in North and South Africa and in other parts of the world – in Japan, Argentina and Uruguay.